Racing Pride is an innovative movement to positively promote LGBTQ+ inclusivity and to challenge negative stereotypes and misconceptions through the platform of motorsport. Racing Pride was developed alongside Stonewall UK and launched on 6th June 2019 as part of Pride month 2019.

Prior to Racing Pride there has been no concerted effort to raise visibility for LGBTQ+ participants within motorsport, whether they be drivers, mechanics, engineers, fans, or those in race support, official, or associated media roles. Through a network of driver ambassadors, commercial partners, and supporters from across the motorsport and automotive industries (drawing on allies as much as the LGBTQ+ community itself), Racing Pride intends to change this.

Racing Pride’s vision is to draw attention to the successes of LGBTQ+ people within motorsport in all of its forms and to establish the visible role-models which have been lacking to date in order to inspire further participation and encourage understanding and acceptance. Visibility is often the first, crucial step towards true inclusion and Racing Pride has the potential to make a far-reaching impact not just within motorsport but also among its diverse fan-base and, therefore, in society as a whole.

Vroom Media is delighted to be an industry partner of Racing Pride, working with the organisation and its driver ambassadors – assisting them with both online and offline design projects.

Please take time to find out more about Racing Pride at racingpride.com 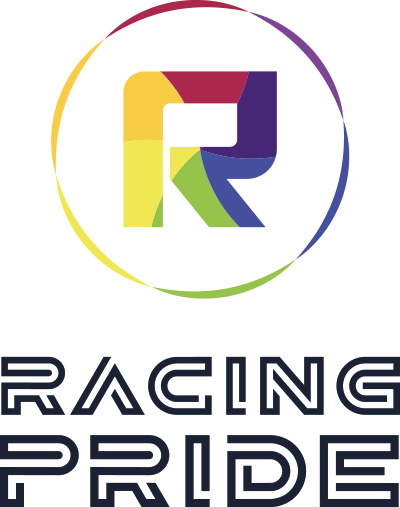 Got a project you think we'd be interested in? Drop us a line and we'll get back to you ASAP.